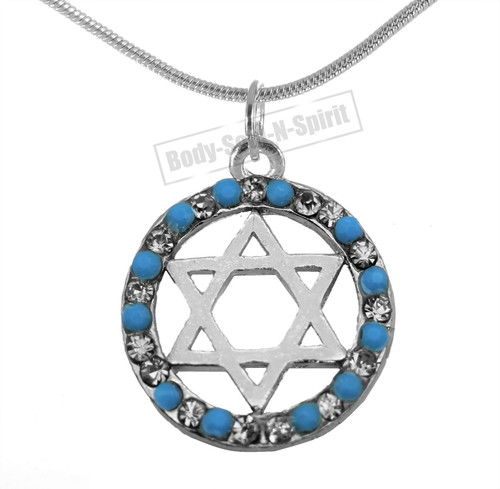 The power of its symbolism remained intact through the centuries and to this day it is still a very popular good-luck charm, used throughout the Mediterranean world. The Hamsa (Arabic meaning "Five") is an ancient hand-shaped symbol of protection originating in the Middle East, predating Judaism, Christianity and Islam

The Star of David, called Magen David (Shield of David) in Hebrew, has been a religious symbol for thousands of years. It has been in use since at least the fourth century of the Common Era. It is the symbol that has come to represent the Jewish people and Judaism

It is a way of averting and getting protection from the evil eye. It is believed that, in general, it could be a way of summoning assistance from the, "Hand of G-d."